Gender Equity in Sport I have loved wat 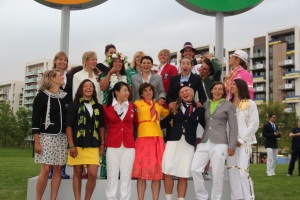 ching the recent Women’s World Cup soccer– I realized that I am a sucker for BIG events, I despise watching Premier League soccer, and would prefer to do my own root canal rather than watch the NRL or AFL, but there is something about the theatre and  drama of international tournaments that I am just a bit of a sucker for. As well as BIG events, I am also very passionate about gender equity in sport.

As a sports student at university, I came to understand first hand about gender equity  (or lack of), when my fellow students and I did our FA Coaching certificate. The women on the course were  taken aside and told that we were only able to do the coaching qualification on the proviso that we never expected to be able to coach. Not only could women not coach soccer, but women were not able to play in any Football Association sanctioned game.

At the time I did a little deeper research into the history of women’s sport and found some interesting perspectives. Until recently women were not able to participate in sports such as Pole Vault at the Olympics as it was believed that it would   “displace the ovaries”.

Back to the Women’s FIFA World Cup….  Rita Panahi of the Melbourne Herald Sun posted a bit of a click bait article about the FIFA Women’s World Cup commenting on why should anyone watch when the women were not as good as the men…. “So why would I watch the WNBA when I could watch the NBA? Or women’s football instead of the AFL? Why would I or anybody want to watch an inferior product?”  RITA PANAHI Well Rita, people are drawn to the theater of sport for many reasons other than just watching the best. This was clearly demonstrated recently in my viewing of the Kiama and District Primary School Cross Country event. Times seem to be significantly slower than the equivalent Olympic track event, and there was not a Kenyan in sight, however the crowds loved it. Strangely, I see the same every Saturday morning when herds of families line the sidelines of Under 8 soccer events through out Australia. We don’t really care that they are an inferior product to the English Premier league, we are watching for many other reasons. In fact by Rita’s rationale we should only be interested in Grand Slam tennis matches than involved the current world #1 and #2, and only ever tune into Olympic finals. Encouragement of high level women’s sport is critical, not only to encourage and support excellence for female athletes, but also to encourage participation amongst women at all levels, critical for health, self-esteem and empowerment 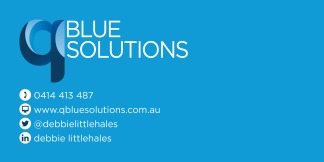 Project Manager in the Not for Profit sector, specialising in group facilitation, executive coaching, grant writing and management, strategic planning